Latvia, one of the three Baltic States, covers an area of 64,589 square kilometres. At the time of the 2011 Census, Latvia’s population was 2.07million, a fall of 13 per cent on the 2000 figure of 2.38 million. This demographic shift reflects factors such as emigration, an aging population and a falling birth rate. The capital of Latvia is Riga. Latvia celebrates its national day on 18 November (Independence Day).

Latvia regained its independence from the Soviet Union in August 1991. Under the Constitution, the President is elected by members of the unicameral Parliament (Saeima) for a four-year term and has limited powers. The President appoints the Prime Minister, approves the Cabinet and may return legislation to the Saeima. The Saeima has 100 members, who are elected. Latvian President Andris Berzins, a member of the ruling coalition Greens/Farmers Union Party, was elected on 2 June 2011 for a four-year term, commencing 8 July 2011. Elections for the Saeima were last held on 17 September 2011. Harmony Center (SC) won 31 seats, followed by Zatlers’ Reform Party (22), Unity (20), National Alliance (14), and Greens and Farmers Union (ZZS)(13). The next parliamentary elections will be held in September 2015. Mr Valdis Dombrovskis has been Latvia’s Prime Minister since 12 March 2009.

Latvia joined the WTO in February 2009. In 2002, Latvia was invited to join the EU and NATO and underwent reforms necessary to comply with membership requirements. A referendum to join the EU was supported by 73 per cent of Latvian voters. Latvia subsequently joined NATO on 2 April 2004 and the EU on 1 May 2004.

The global financial and economic crisis of 2008-09hit the Latvian economy extremely hard. After years of double-digit growth, mainly funded by external borrowing by the country’s banks, the lack of further readily-available credit brought the economy to a halt. Latvia’s GDP contracted by 18 per cent in 2009.In signs of recovery, the economy grew by 4 per cent in 2011, and the World Bank predicts further growth of around 2.8 per cent in 2012. Unemployment in Latvia rose dramatically during the financial crisis, from around 7 per cent in 2008 to a peak of over 20 per cent in the last quarter of 2009. Unemployment has since gradually fallen, with 15.2 per cent recorded in the first quarter of 2012.

On 23 December 2008 the IMF approved a 27-month Stand-By Arrangement for Latvia to support the country’s efforts to stabilise the economy. The IMF package was part of a coordinated international effort which loaned Latvia €7.5 billion (A$15.4 billion) — equivalent to almost one-third of Latvia’s GDP. In November 2009, in consultation with the IMF and the European Union, the Dombrovskis Government tabled a budget in Parliament designed to cut the country’s 2010 budget deficit and thereby meet the demands of foreign lenders. The IMF/EU Program successfully concluded in December 2011.

Australia recognised Latvia’s regaining of independence on 27 August 1991. Australians of full and part Latvian descent number around 30 000, but the Latvian-born community, most of whom arrived in Australia in the 1940s, is small and ageing.

There have been high level visits in both directions. The Prime Minister’s Special Envoy, Dr Russell Trood, visited Riga in September 2011, during which he signed a bilateral Social Security Agreement. A Parliamentary delegation led by Senator Grant Chapman visited Latvia in September 2003. Then South Australian Governor Bruno Krumins visited Latvia in August 2001 for Riga’s 800th anniversary commemorations and met with the President and Foreign Minister. Lt Governor Krumins visited Latvia again in 2003.

The relationship between Australia and Latvia is underpinned by bilateral agreements covering Trade and Economic Cooperation (1993), Extradition (2005) and Social Security (2011).

The Australian Ambassador in Stockholm is accredited to Latvia. The Latvian Ambassador based in Vienna has non-resident accreditation to Australia. Latvia is represented in Australia by Honorary Consuls in Victoria, South Australia and New South Wales.

Two-way merchandise trade in 2011 between Australia and Latvia was A$13.3 million. Australia exported A$8 million worth of goods to Latvia during this period, primarily alcoholic beverages. Imports from Latvia in this period totalled A$5.3 million, primarily telecom equipment and parts, and furniture, mattresses and cushions.

After the European Council will take a decision that Latvia is ready to participate in EMU the national currency in Latvia will be substituted by the euro and the Bank of Latvia will discontinue implementing an independent monetary policy.

This according to the forecasts of the Bank of Latvia could happen at the beginning of 2008. Until then the LVL will remain the national currency of Latvia.

The banking sector is still growing steadily, mainly because of additional investment and high profit margins, which are being achieved as a result of relatively high albeit decreasing loan interest rates. Today there are more than 20 banks operating in Latvia following international bank supervision standards.

A number of foreign investors, including FöreningsSparbanken, SEB (Sweden), Nord/LB (Germany), Nordea (Finland) and Vereins- und Westbank (Germany) together constitute approximately 80% of the commercial bank capital in the country, bringing additional stability and customer reliability to the Latvian market.

Only 8-10 banks operate as full-range banking service providers to both private and corporate customers. All the others have positioned themselves in certain niche markets with specialized services.

In addition to an extensive network of ATM terminals, a number of banks also provide Internet banking and/or mobile banking services to their customers. The most popular brands of credit/payment cards in Latvia are Visa/Visa Electron and MasterCard/Maestro, however, most internationally used cards are accepted by banks and ATMs in Latvia. 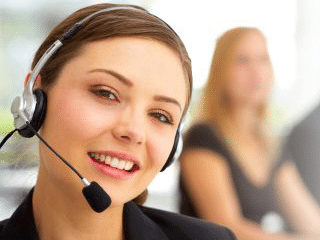